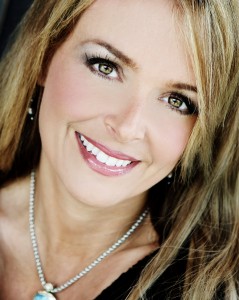 FULTON, MO – From an early age, Gina Gentry’s father debated political issues with her and she became quite a skilled debater, which no doubt led to her career as a political talk show host.

The 1990 WWU graduate will address graduates and their families at 10 a.m. May 9 in Cutlip Auditorium. The ceremony follows the traditional Ivy Ceremony, which takes place at 9:15 a.m. at Senior Lake.
Loudon is a regular commentator on Fox News and Fox Business shows and originator of the field of Policology–the nexus of politics and psychology.

A national speaker and analyst, Loudon is also a writer on topics ranging from adoption to immigration. Her latest book, titled “What Women REALLY Want,” co-authored with AnnMarie Murrell and Morgan Brittany, was published in 2014.

Her book, “Ladies and Gentlemen: Why the Survival of our Republic Depends on the Revival of Honor,” published in 2012, is a historical and psychological non-fiction book about the roles people play in society and how they can change their role.

While at William Woods, Loudon majored in psychology and minored in design/education. She was president of Psi Chi National Psychological Honor Society and Distinguished Scholar in Psychology. She was recording secretary of Alpha Chi Omega.

She then went on to earn a master’s degree from Saint Louis University and a master’s degree and Ph.D. from Fielding Graduate University.
The wife of former Missouri State Senator John Loudon, she and her family now live in San Diego, California, where she home schools her five children, including an adopted son with Down Syndrome.