What is the solution to the problem of mass shootings?

The favorite answer from the left is to pass more gun laws and make it harder for law-abiding Americans to own guns.

The favorite answer from the right is to make it easier for law-abiding people to own and carry guns for self-defense.

But the favorite and most dangerous answer that both sides seem to agree on is that mental health professionals should be given the funding and the power to identify dangerous individuals and bar them from owning firearms.

That would be the absolute worst solution. I discussed this with clinical psychologist Dr. Dathan Paterno on my show, “America Trends with Dr. Gina“:

What guidelines would be put in place by mental health professionals to determine who is and who is not mentally capable of gun ownership? And how would that change depending on who is in power in Washington, D.C.?

Right now, a government agency charged with determining mental stability for gun ownership would likely find that those who identified themselves with the tea-party movement are not fit to own a firearm. They may also determine that a veteran with PTSD is unfit for gun ownership.

But an agency headed up by a Republican appointee may say anyone who took part in a Black Lives Matter or an Occupy Wall Street protest is not able to own a gun.

Giving government the power to peer into our minds and our psychological backgrounds is not the answer. That idea is so ripe for corruption, I wouldn’t be able to include it in my space limitations here.

So, what is the solution?

Gina Loudon teams up with her fellow Politichicks in their first blockbuster, “What Women Really Want” — available at the WND Superstore

Statistically speaking, there is only one proven solution to gun violence. That is for a person to have been raised by a mother and father in a traditional family.

As non-traditional relationships become more common and even celebrated in our society, it is politically incorrect now to celebrate the traditional family.

Dr. Gina ( @realDrGina ) & Dr. Dathan Paterno ( @DrDathanPaterno ) talk about the mental health field and the perils of allowing them to decide who should own guns. 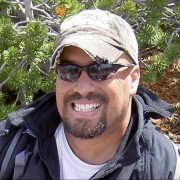 As Gavin Newsom Ponders A Presidential Run, He Misunderstands Freedom
The Lid

Crist Comments on Supplying F-16s to Turkey
The Floridian